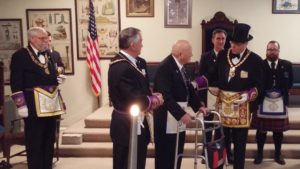 W:. Fred Kraser received his 70th Year Apron from M:.W:. Jeffrey M. Williamson on October 14, 2017 at Wappingers Lodge #671.  The event was witnessed by approximately 80 brothers, family members and friends.  Both the Grand Master and Deputy Grand Master, R:.W:. William Sardone and the officers of their lines were in attendance.

R:. W:. John Anderson, his wife and others provided a luncheon, which was enjoyed by all. 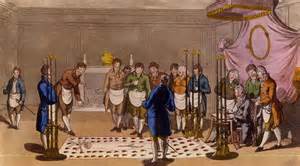 Reservations required for dinner by April 11 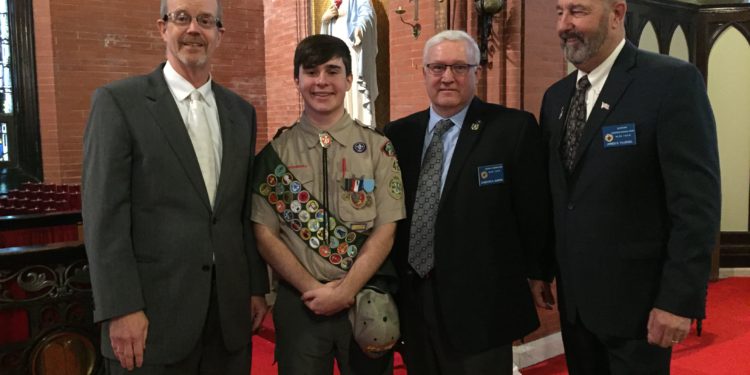 March 26, 2017 was a very special day for Jack Marcotte of Troop 42. Jack was awarded the honor of Eagle Scout at St Sylvia’s Church in Tivoli, NY. There to present an award of recognition, were three members of Red Hook’s  Hendrick Hudson Lodge #875. From left to right are Past Master W\Ford Franklin, Honoree Jack Marcotte, Senior Warden Chester Damon and Secretary James Fluegel. Congratulations Jack on a job well done. Troop 42 is a very active Boy Scout Troop, and have had 11 members of their troop reach this highest honor in the past 12 months. Young men making themselves better through Scouting. The future looks bright.

Open to family and friends 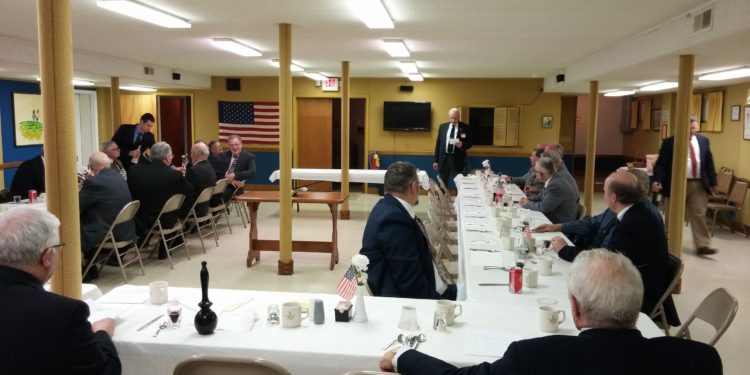 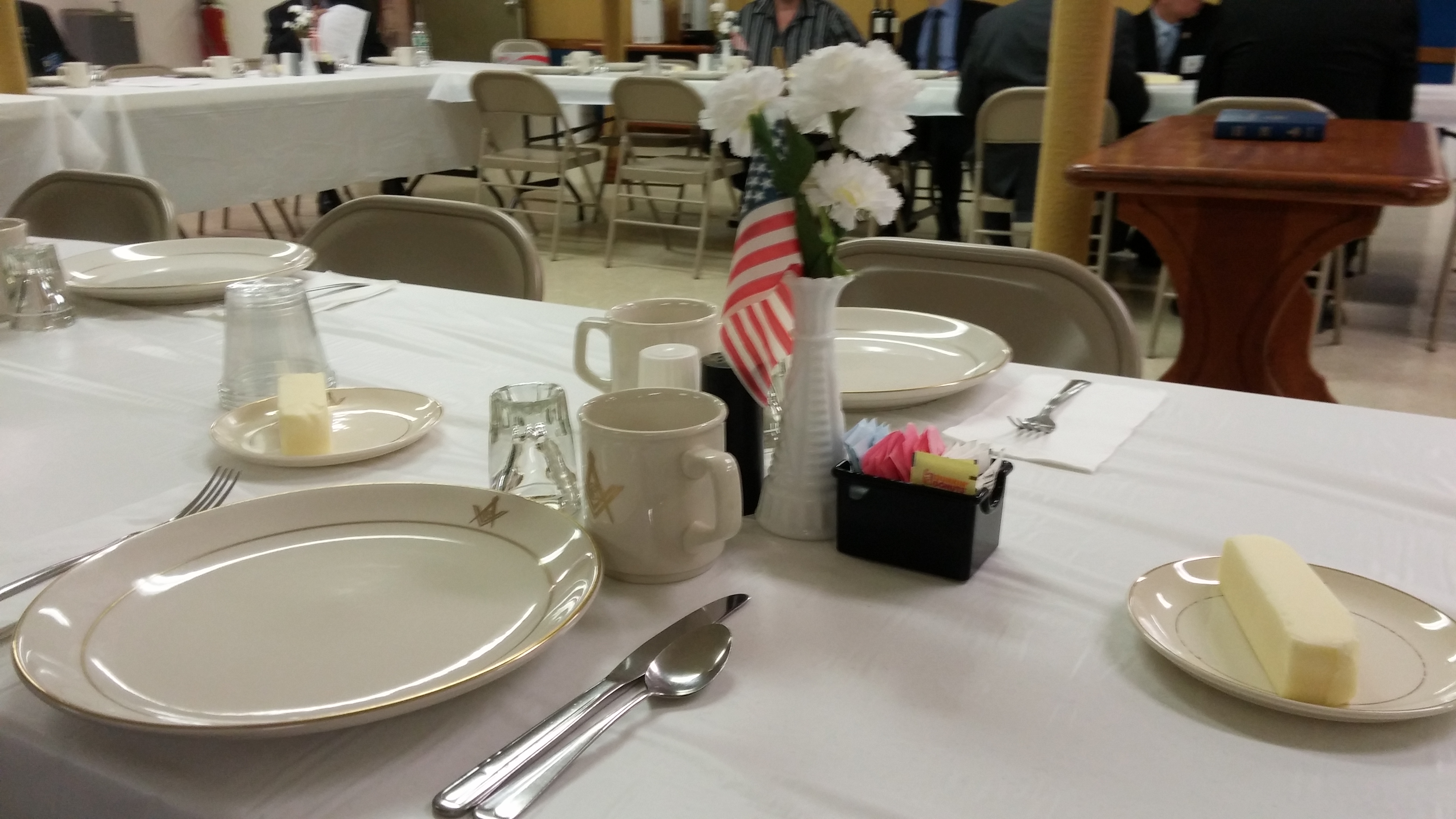 The Brothers of Hendrick Hudson Lodge #875 hosted a Table Lodge on Wednesday evening, January 25th. Invitations were sent to each Dutchess District Lodge, as an opportunity to table and to bring a friend. Brothers from Wappingers #671, Rhinebeck #432, Warren #32, and Beacon #283 Lodges attended.

The presiding Master, W:. Roberto Reis, was unable to attend at the last minute as he was called to surgery at Northern Dutchess Hospital. 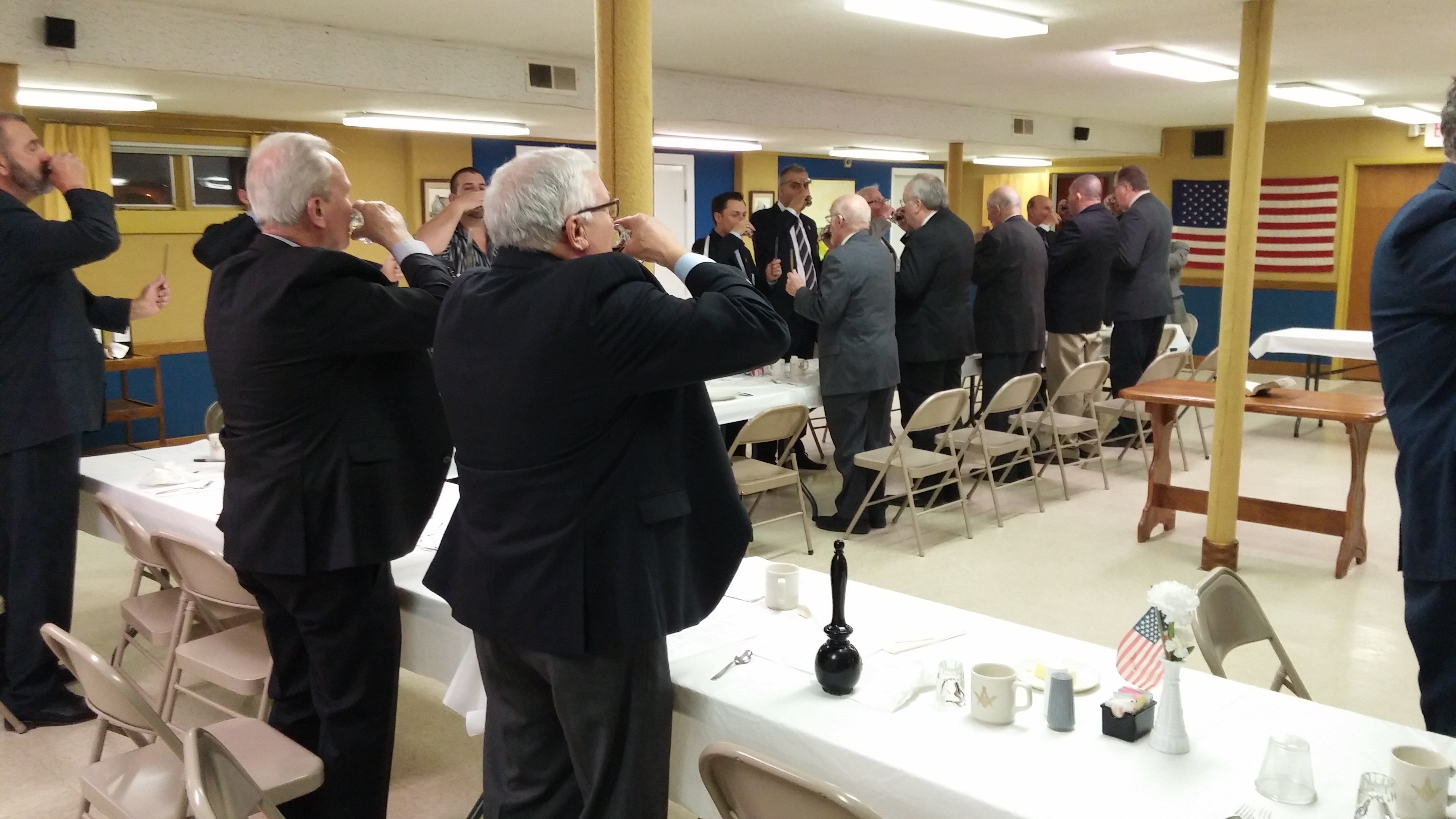 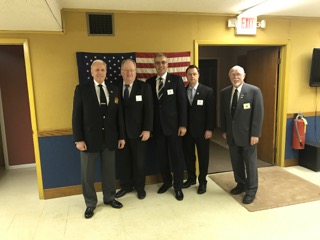 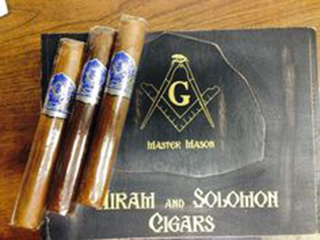 Fund Raiser for Wappingers Masonic Lodge No. 671 at the CAPCUI CIGAR LOUNGE

Please Note this is a venue change

2.“SOCIAL” =  $10.00 per person Includes: All the above except Cigars and Raffle ticket

Boy Scout James A. Cowperthwaite, Troop 42, was made an Eagle Scout at his Court of Honor, January 15, 2017.  At the ceremony he was also the recipient of the Masonic Eagle Scout Award, which was presented by R:W:. Arthur H. Pritchard Jr. District Deputy Grand Master, representing Most Worshipful Jeffrey M. Williamson, Grand Master of Masons in the State of New York.  As the award was presented to James in Red Hook, New York, the ceremony was also attended by Brothers James Fluegel, Secretary, and Chester Damon, Senior Warden of Hendrick Hudson Lodge, #875.  Through Brother Fluegel’s efforts, the Lodge maintains a cordial relationship with Scout Troop 42. 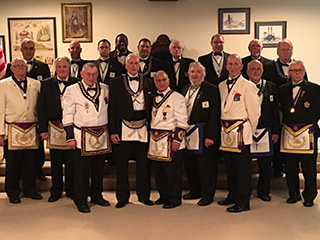 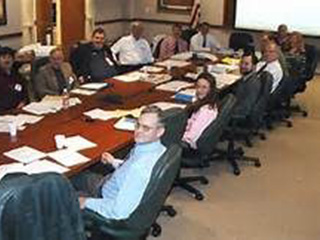 Using Grand Lodge guidance, the District Deputies, and members of the Past Grand Lodge Officers in Columbia, Dutchess, and Greene-Ulster Districts have scheduled a meeting to continue progress in the development of the district consolidation process, which began in 2015 with discussions among the then District Deputies and others of Columbia, Dutchess, and Greene-Ulster.

In doing so, they are fulfilling a primary responsibility assigned to active and past Grand Lodge Officers, namely development of district leaders.   Sustained dialogue has resulted in the need to organize and begin work required for the efficient, and successful transition from the current three-district organization to a consolidated form should the Brethren in the Lodges of these districts  agree to consolidate.

The meeting is open to all Brothers in the three districts, who are invited to pose the questions they need answers for in order to make their decisions about the future organization of districts.

The agenda will include progress reports since the last meeting, the consideration and hopefully adoption of a transition plan committee structure with volunteers for each to identify tasks and begin work.   W:.R:. Tim Smith, of the “Old 17th” , a recently consolidated district will be on hand to describe the experience he and his Brother completed as they facilitated the consolidate process. 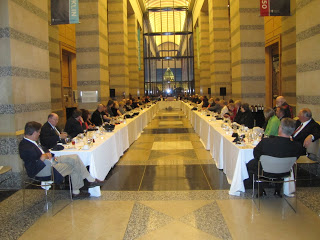 As a Brother-Bring-A-Friend Event across  the Dutchess District, the Master and Brothers of Hendrick Hudson Lodge #875 have volunteered to host a Masonic Table Lodge on January 25th at the Hendrick Hudson Temple, beginning at 6:30 pm.   A beef stew dinner will be shared by participants.

The Table Lodge is a special ceremony. complete with a ritual, which incorporates terminology of centuries ago. It includes toasts, Masonic songs, and a good Masonic speaker. We emphasize “good Masonic speaker,” because no other will do. There is no room for off-color jokes, political or religious propaganda, magicians, or vaudeville artists. The Table Lodge should be a completely separate meeting of the Lodge and not combined with anything, such as Installation of Officers or Degree Work

The ceremonies of conducting a Table Lodge may be traced over two centuries in English Masonry and detailed records exist of their even earlier observances in France. The ancient customs of proposing and drinking toast by our Scottish brethren is recorded during the reign of King James the First of Scotland in 1430.

The traditional Masonic way to create warmth is to call the lodge “from labor to refreshment” in order for the Brethren to hold a table lodge. Good fellowship and brotherly love will follow, and in those lodges where there is good fellowship.