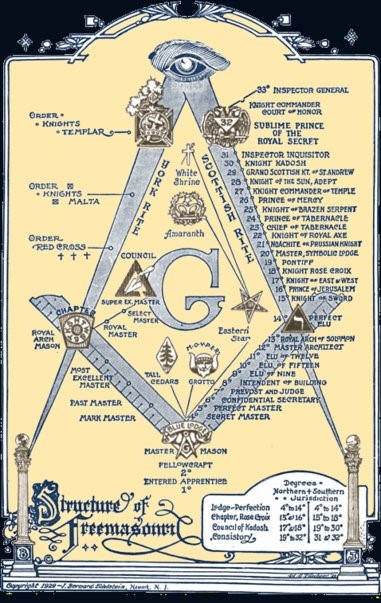 The fraternity of Freemasonry, also known as “Free and Accepted Masons,” is organized by private groups of members variously known in English as lodges, chapters, councils, commanderies, consistories, etc., which can be collectively referred to as “Masonic bodies”.

The basic Masonic body is the “Masonic lodge”, which alone can make a Mason, and confers the first three degrees in Masonry, being that of Entered Apprentice, Fellowcraft, and Master Mason.

While there is no degree in Freemasonry higher than that of Master Mason, there are a number of related organizations which have as a prerequisite to joining that one be a Master Mason, such as the Scottish Rite and the York Rite.